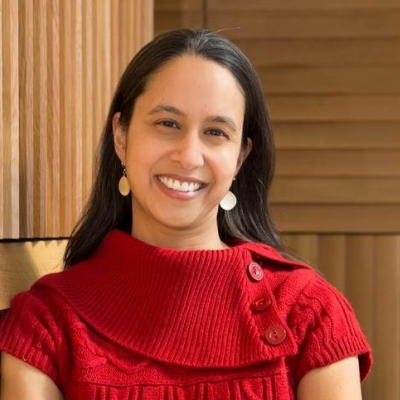 Research: How does the brain convert sensory stimuli into meaningful representations, and how do these representations drive behavioral responses?
mmurthy@princeton.edu
Research Lab
609-258-9820
252 PNI
609-258-2156

Despite the long history of courtship research in Drosophila, very little is known about the neural mechanisms underlying song patterning or perception. During courtship, male flies use their wings to produce patterned sound and woo a female into mating. Females are faced with the task of recognizing song, based on its species-specific parameters, and choosing a particular mate, based in part on differences in song between conspecific individuals. While flies do not learn their songs, their capacity to generate and respond to songs with so few neurons is striking, and suggests that studying flies will reveal insight into the basic requirements for communication.

In spite of its fundamental importance to communication, we know surprisingly little about how sensory cues modulate acoustic patterns in real time. We have recently demonstrated that, unlike most other insects and even some songbirds, flies sing highly variable songs (from one bout to the next, even within individuals). However, using a simple computational model combined with neural circuit manipulations, we demonstrated that the dynamic sensory experience of the male accounts for much of this variability. In particular, male flies rely on fast modulations in visual and self-motion cues to pattern the structure of individual song bouts. The long-term objective of this line of research is to understand the cellular mechanisms by which time-varying sensory information is integrated into individual neurons of the song motor circuit. To do this, we combine quantitative behavioral assays, genetic and neural circuit perturbations, and in vivo neural recordings.

Neural tuning for species-specific acoustic signals is a conserved feature of auditory systems – it is found from insects all the way to humans. However, the precise mechanisms involved remain mysterious. We take advantage of the tools available in Drosophila to investigate, at the level of individual neurons and patterns of electrical activity, how such tuning arises and how it relates to behavioral decisions. We record neural activity along the auditory pathway and in response to sounds (both natural and synthetic), starting with mechanosensory neurons in the antenna (or ear of the fly) all the way to central brain regions. Using computational modeling, we can discover how neural codes relate to behavioral preferences for song.